Holy Trinity Church was built in 1844 to replace an old Chapel of Ease built circa 1535, for St Helena’s Church, South Scarle and which fell into ruins in 1760. There is evidence that it was dismantled between 1760 and 1770 with various mentions of the sale of bells and bell ropes to South Scarle. 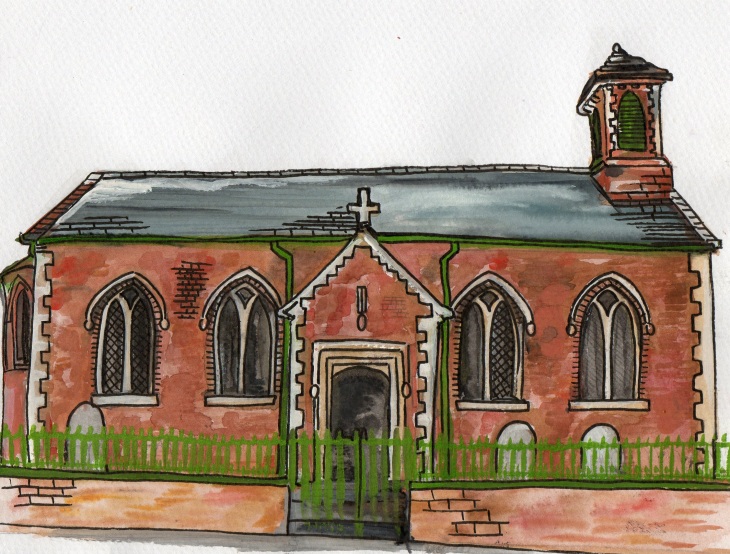 A school was built from the ruins of the church and completed in 1734. “ Its [the church’s] alteration into a school house is thought to have been affected about AD 1734. That such a transformation did take place is testified by a pillar of the old church which has been built into an inner wall of the school master’s dwelling” The school was established under the will of George Carver, who in 1709 bequeathed an annual sum of £5 for educating the poor children of Besthorpe. This information is shown on the stone which was set into the new school building in 1845 and remains in place today.

In 1844, part of the land on which the school stood was transferred to form the site of the new chapel. There is evidence that the church was partly rebuilt in 1897 at a cost of £215. The original wooden window frames were replaced with stone and tinted glass. The floor was concreted and a new pulpit provided.

The church is unusual in that it is aligned North to South with the altar being at the south end in the apse.

There used to be a Quaker meeting room in the Village but when, in 1986, the Methodist Chapel closed, Holy Trinity was left as the only building for Christian worship.

The Church and Boundary Wall are Grade II listed.

In 1984 Holy Trinity became part of the combined parish of South Scarle, Girton and Besthorpe and subsequently one of the eleven churches of the East Trent Group. We are part of the Newark Deanery in the Diocese of Southwell & Nottingham (opens a new window)

Regular monthly services are held on Sundays and monthly Thursday Holy Communion Services are followed by Open House where everyone is welcome for a coffee and chat. Evening Prayer services are often lay led.

The church building, in its location at the centre of the village on the green is very important as a focus in the village. With the closure of the school in 2009, the Church and Village Hall next to it are the only public buildings left in the village. The congregation is small, but hardworking and determined to ensure that Holy Trinity remains a viable church. This has been helped greatly by the continuing increase in numbers of worshippers coming from other Churches in the East Trent Group to join our services.

The Bell Tower has been refurbished through grants from a number of organisations and from money raised by the village. A grant from English Heritage and fund raising by the village has meant that a new roof was completed in 2009. Work on repairing the railings and supporting walls was completed in Spring 2016.

In 2014 we completed an ambitious project to join the church to the adjacent village hall to create Trinity Hall. The pews have been removed, underfloor heating and a new oak floor installed. The walls have been replastered and lime washed and the windows repaired and cleaned. Access through to the refurbished village hall gives fully disabled access and toilets and a kitchen. It now provides an open flexible space which still retains the integrity of a place of worship. Work was financed by grants from Lafarge-Tarmac, WREN, The Big Lottery, Notts Historic Churches’ Trust, a number of smaller grants and money from fund raising activities and donations from villagers. 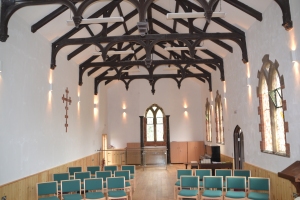 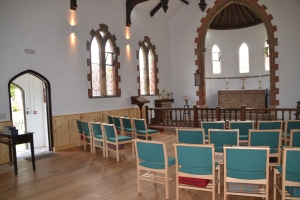 The church space is now used for a variety of community activities including children’s parties and a very successful Children’s Playscheme, Youth Club, Yoga, Keep Fit and Tuesday Club have been set up. Trinity Hall is also available for concerts, business meetings or conferences with IT equipment, broadband access and hearing loop facilities. 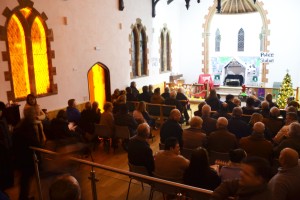 Holy Trinity Church was granted a licence in 2014 so everyone is welcome to come to our church in its beautiful setting for their wedding service. Trinity Hall also provides a lovely venue for a wedding reception. We can cater for up to 180 people and the hall is fully licensed for music and alcohol.

A Church near You 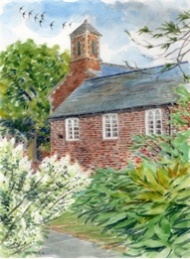 Due to the Coronavirus outbreak, all events and activities have been cancelled until further notice